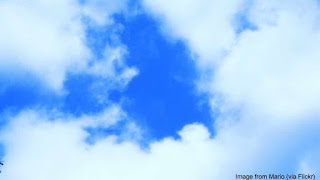 A week ago I had a signal to buy back into the property fund that I follow. On Monday when I went to make the investment, it had dropped back below the green line. This created an anxiety that perhaps the price was reversing and that the investment was heading south. So I didn't make the investment...

The next day the price was up again and I made the investment, but, of course, the price I paid was higher than the price that I would have paid on Monday. It has risen further since then (see the video), but I am still a bit irritated by my faffing around and not following the signal as planned.

Why have a system, but not follow it? There is no point in me trying to second-guess the system and not follow signals that the system generates. I think it's probably because I'm trying to be clever, which is never a good idea. My system is a simple one, and that is the whole point. Simplicity is definitely an attribute to a trading system. Over-complexity is to be avoided.

Just follow the system, Andy. Trade the signals, not what you think is going to happen tomorrow.

Have a look at the video at the top of this post (it's only 2mins 30secs long) and find out what my thoughts are about the different asset classes. Currently there is only one asset class in which I am not invested. Which is it? Find out in the video!

Have a great week!

What is happening to property prices....?